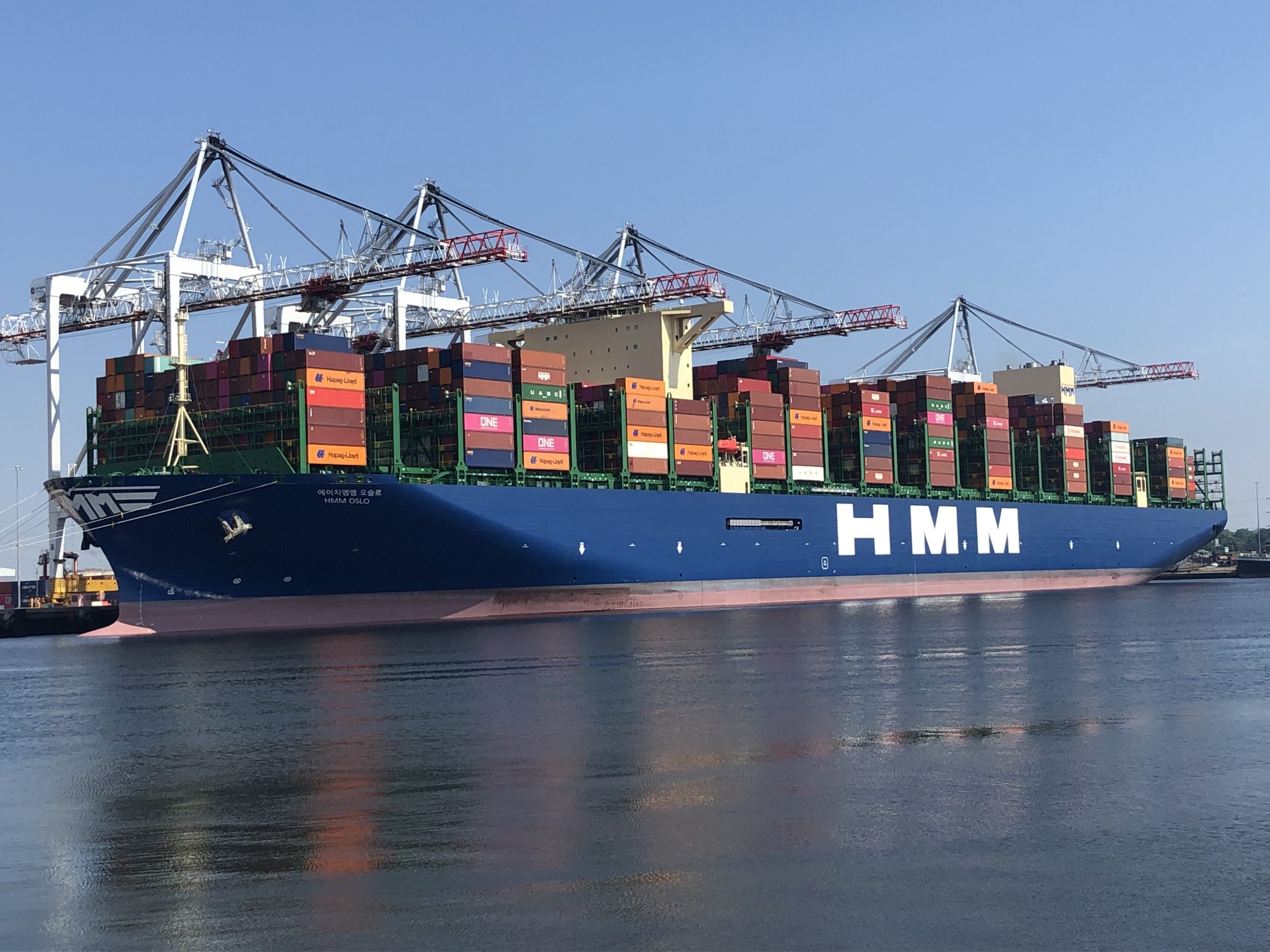 Steve Wyeth, Director of SDW couldn’t resist a cycle down to Marchwood to have a sneaky peak of HMM Oslo, which is the biggest ship to call at DP World Southampton, he also took a few pics to😀

Here is some information on the vessel from DPWS:

The HMM Oslo, the biggest vessel ever to call at DP World Southampton, arrived in the early hours of Friday 26 June at the end of her maiden voyage to the UK.

These vessels are part of a series of 12 HMM Megamax-24 vessels ordered in 2018 from Daewoo Shipbuilding Marine and Engineering (DSME, 7 ships), and Samsung Heavy Industries (SHI, 5 ships).

She arrived at Southampton from South Korea having called at ports in China, Singapore and Rotterdam in the Netherlands.

DP World Southampton welcomed the captain of the HMM Oslo with a maiden call plaque at a small, socially-distant presentation on the quayside.

She will depart DP World Southampton on Saturday 27 June carrying British exports on her return journey home, via France, Germany, The Netherlands and Singapore.